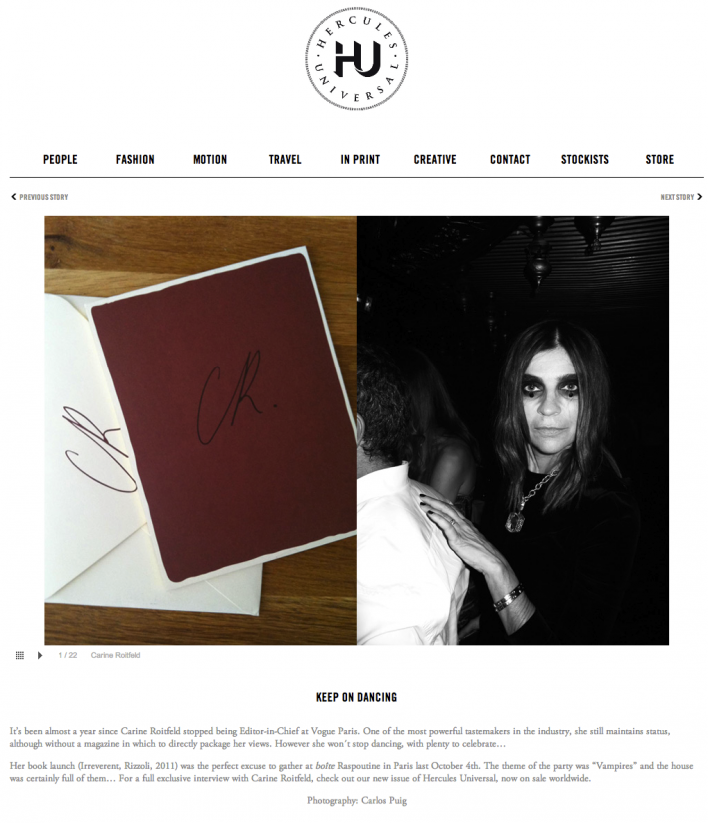 It’s been almost a year since Carine Roitfeld stopped being Editor-in-Chief at Vogue Paris. One of the most powerful tastemakers in the industry, she still maintains status, although without a magazine in which to directly package her views. However she won´t stop dancing, with plenty to celebrate…

I was at her book launch (Irreverent, Rizzoli, 2011) Raspoutine club in Paris last October 4th 2011 and I took pictures of all the guests . The theme of the party was “Vampires” and the house was certainly full of them. Hope you enjoy the pictures I did for Hercules magazine.